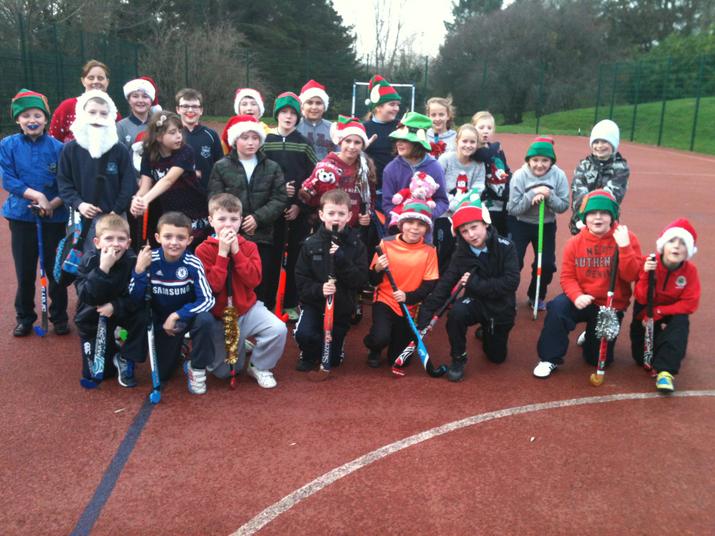 Well done to all the players who participated in the second day of the league ...... super play throughout the games and great team effort.

Our boys team are the talk of the league winning all but one game, league day two was a superb team effort with every player showing a high standard of primary school hockey. Does this mean Mrs Brown's Boys remain top of the league? We hope so.

North Down and Ards League Day 1

First day of the Newtownards and District League

Award for Scoring the Most Goals (4) Matthew Gibson

Well done to all our players who gave 100% effort

this is a great start to the league

The Primary School Hockey League dates, held at Comber Leisure Centre, are now available. We enter a team of 7 boys and 7 girls:-

Parent support is most welcome - players will be notified well in advance of team selection and school kits are provided - shin guards and mouth guards are recommended!!

Hockey club will meet every Wednesday after school, 2:45pm-3:45pm at Nendrum College all weather pitch. Don't forget your kit - proper trainers are essential!! In the event of bad weather contact the school office after 1:45pm.

Thanks to Premier Sports for the donation of 16 new hockey sticks.