Our topic focus for this week is to look at Egyptian Society linking with Egyptian Writing.

HavHave you wanted to learn about the daily life of the Egyptians.

Find the answers by clicking on the following links. 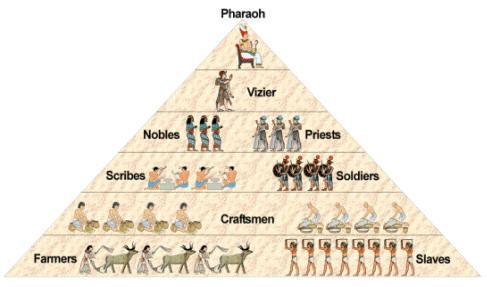 Just like any society, The Egyptians had many different jobs. Look at the following PPT which explains a little bit more about Egyptian Society and the hierarchy pyramid of importance.

Who do you think the most important person in Egypt was?

Now that you know a little more about the different jobs in Ancient Egypt, see if you can complete this cut and stick activity on The Egyptian Society. 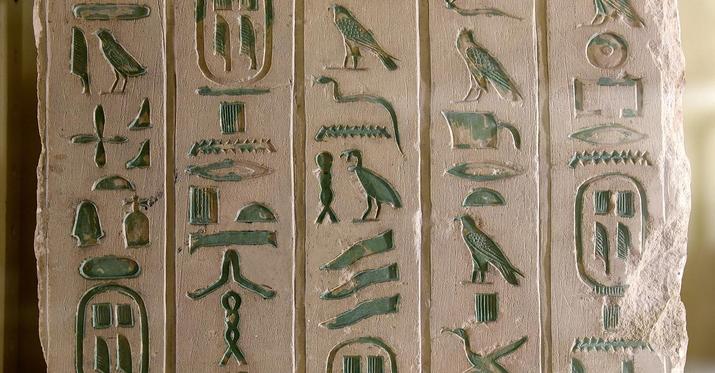 One very important job in Ancient Egypt was the job of the scribe who wrote down everything for the Pharaoh. Scribes needed to know how to write numbers and letters. The Egyptians used very different numbers and letters than we use today. They used a code called hieroglyphics. Watch the following video and PPTs to learn a little bit more about them.

How to Write Your Name in Egyptian Hieroglyphs

Learn how to sound out your name in hieroglyphs, just like they did in Ancient Egypt! Visit ROM Learning for more information about this activity: https://ww... Now that you’ve learned a little more about hieroglyphics, why don’t you have a go at the following worksheets practising decoding Egyptian numbers and words. After that you might like to have a go at writing your own hieroglyphic message or maybe you could write your own name. (Have a look below at The Cartouche Art Activity).

The Ancient Egyptians wrote their hieroglyphics on something called a Cartouche.

Have a watch at the following video and PPT and maybe you can make your own Egyptian Cartouche of your name?

Egyptians wrote on a special type of paper called papyrus. Have a look at the following PPT and video which explain a little more about papyrus. We have also uploaded a worksheet that explains how you can make your own papyrus.

Maybe this is something you’d like to try at home?

How Papyrus Is Made

We know some of you like being creative so we have attached two more lessons which are making some Egyptian jewellery and an Egyptian neck collar.

How to make an egyptian bracelet DIY

Follow me on Instagram: https://www.instagram.com/williamspain_diy/?hl=es This is my little carnival creation. I made it with a tape roll of cardboard. Subsc...